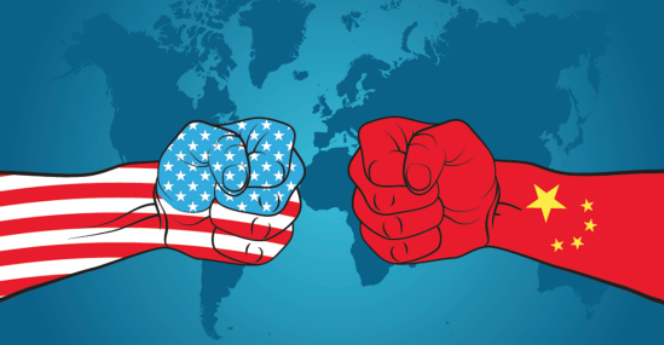 After the end of the first phase of trade negotiations, markets await US retail sales

US President Donald Trump announced yesterday evening the terms of the first agreement, which amounted to 86 pages in trade negotiations with China after more than two years of economic war that greatly affected the Chinese economy with the US agricultural sector particularly affected.
The White House compensated farmers with up to $ 28 billion, including payments to commercial groups and purchases from food banks. Consequently, a pause in the trade war gives Trump something concrete to supply farmers, a critical component of the Midwest firewall, heading towards the 2020 elections.
China has promised to buy 12.5 billion dollars in agricultural crops in one year and 19.5 billion dollars in May. On the other hand, the United States of America agrees to reduce the tariffs imposed on China by the equivalent of 120 billion dollars on some products from 15% to 7%.
The agreement is due to enter into force a month from now. China’s pledges to buy more American agricultural products are part of a broader package of $ 200 billion that includes manufactured goods and energy export by 2021. The two sides estimate that these purchases will continue beyond the two-year deal until 2022 through 2025.
As for the impact of this initial agreement on the markets, we find that the appetite for risk may improve somewhat in the medium term with the optimism of the markets regarding the coming stages of negotiations, and thus gold witnessed some decline in the beginning of trading today to test the moving average 50 over the four hour time frame. With the buying saturation on the stochastic indicator, gold may retreat a little towards $ 1540 an ounce again, but it must be taken into account that the decline in momentum on most technical indicators supports the view of gold stability more within the 1562/40 range for a period of time.
As for oil prices, they started to rise from their lowest levels at $ 57.20 a barrel after the decline in US stocks, as the International Energy Agency indicated yesterday evening by 2.5 million barrels during the past week, to return oil to its levels to 58.32 levels and may continue to rise to $ 59 a barrel.
And the rise of most of the American stocks pushed the main stock indices to new highs at 29186.10, and it may continue to rise to 30,000 levels in the coming period. However, Apple's stock may decline slightly to the levels of $ 304.30 with the stochastic approaching overbought territory before resuming its rally again.
Markets are awaiting during the hours of the results of the European Central Bank meeting, which may affect the movements of the euro in dollars, with anticipation of Lagarde's intentions and trends in 2020. Then comes retail data in the United States of America during the month of December, which may rise from 0.2% to 0.3% with higher sales Core "excluding car sales" from 0.1% to 0.5%.